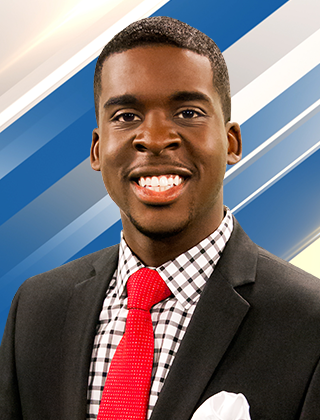 Fraendy Clervaud is a morning news anchor for Good Day Columbia. Before moving to the morning show he was the Weekend Anchor/Reporter. Fraendy comes to the Midlands from WJBF (ABC) in Augusta where he covered news in both Georgia and South Carolina.

Fraendy is currently the host of WACH for Justice. It’s a series aimed at bringing attention to unsolved murders and missing person’s cases across the Midlands. He also hosts Tech Talk with Steven Miano. The weekly segment focuses on the latest in the world of technology.

One experience that stands out the most to Fraendy is when he traveled to his parent's homeland of Haiti. He was able to produce a special series on earthquake disaster relief.

Fraendy is a graduate of the University of Florida's College of Journalism and currently lives in Columbia with his wife Esther and daughter.

Fraendy lives by this motto: "It is the Lord who arms me with strength and makes my way perfect."